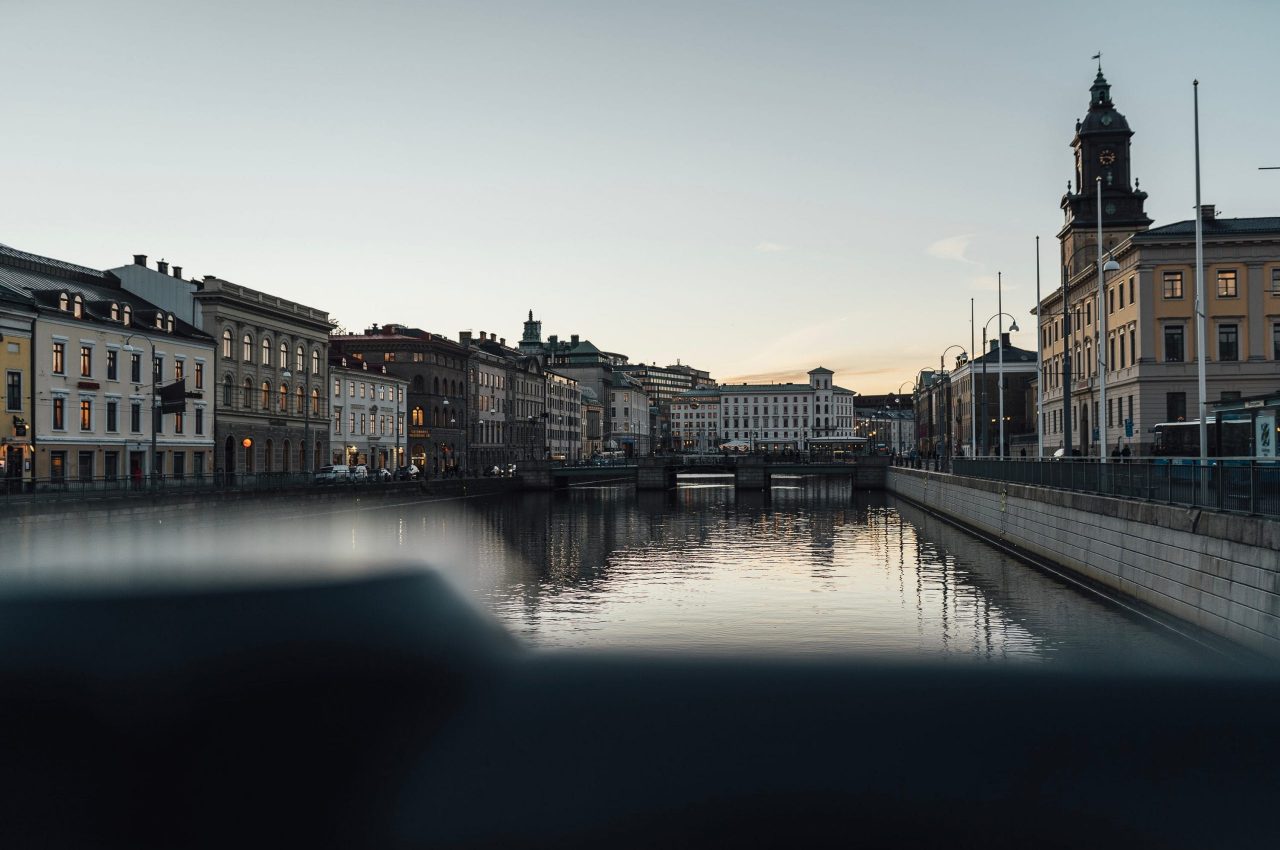 Most Swedish emigrants left the country from the ports in Gothenburg, Gothenburg and Bohus County. The Swedish name is Göteborg, but Gothenburg has been the official name in German and English since its founding.

Gothenburg is now the second largest city in Sweden, filled with trams, with the main port of Scandinavia and industries like Volvo and SKF.

Central Gothenburg in 2018 with a peak of the town hall to the right. Photo by Jonas Jacobsson on Unsplash

At the time of the emigration, the port was in the city center, by the river Göta Älv that splits the city in two. As time went by, more piers and docks were built downstream. In our days the port is on the coast at the edge of the city. But if your ancestors left Sweden in the 19th century, they did so from the piers near the town hall.

From its founding, Gothenburg has been an international Swedish town. It was founded in 1621 by King Gustavus Adolphus, called Gustav II Adolf in Sweden. What is now the city center was marshland at the the time. To overcome that, Dutchmen were hired to build the city. That is why the old parts were built with a Dutch system of canals. [1] Gothenburg also had international names from the start. The Swedish name is Göteborg, but it was always called Gothenburg in German and English. Among the most influential families are names like Dickson, Chalmers, and Röhss.

Most emigrants arrived in Gothenburg at the central station, which opened in 1858. A second station, Bergslagsbanans station, was opened right next to it in 1881.

Gothenburg Central Station built 1858, where the trains arrived. The other train station was right behind it from this angle. The street leading to the port is behind the building to the left. Photographed 1898. Järnvägsmuseet PDM.

From the station it was 800 meters, or half a mile, to the port. From the rails to the right in the map, to pier at the center. The sea is to the west. The map is of Gothenburg 1872 and can be found among the historical map provided online by the city.[2]

The street that led to the pier and the custom station had all the equipment that a migrant might need on the journey. There was also lodging and food for the travellers while they waited for their ships to leave. This image is from Sillgatan/Postgatan (Herring Street/Post Street) in 1888, Göteborgs stadsmuseum, GMA:14389:32, PDM.

Tullhuset, the custom station, where all emigrants registered before leaving. Date and photographer unkown. From Sjöhistoriska museet, Fo200562, CC BY-SA.

The port of Skeppsbron and Stora Bommen, at the large pier in the map. Lithograph, probably by Ludvig Messman 1861. Göteborgs stadsmuseum, 0:1561, PDM.

View to the west of the port of Gothenburg, with a crane at Skeppsbron on the left side of the river. Photographed circa 1875 by Staffan Sedenmalm. Göteborgs stadsmuseum, 0:2809, PDM.

So this is quite likely the last bit of Sweden that your ancestor saw. The old port Skeppsbron is at the very right in the photo below. The city has grown since the 19th century. But the ferrys to Denmark and Germany still remain in the city.

Gothenburg in 2019 by Edvin Johansson on Unsplash.

How to trace your lineage in Sweden
Family is a story…