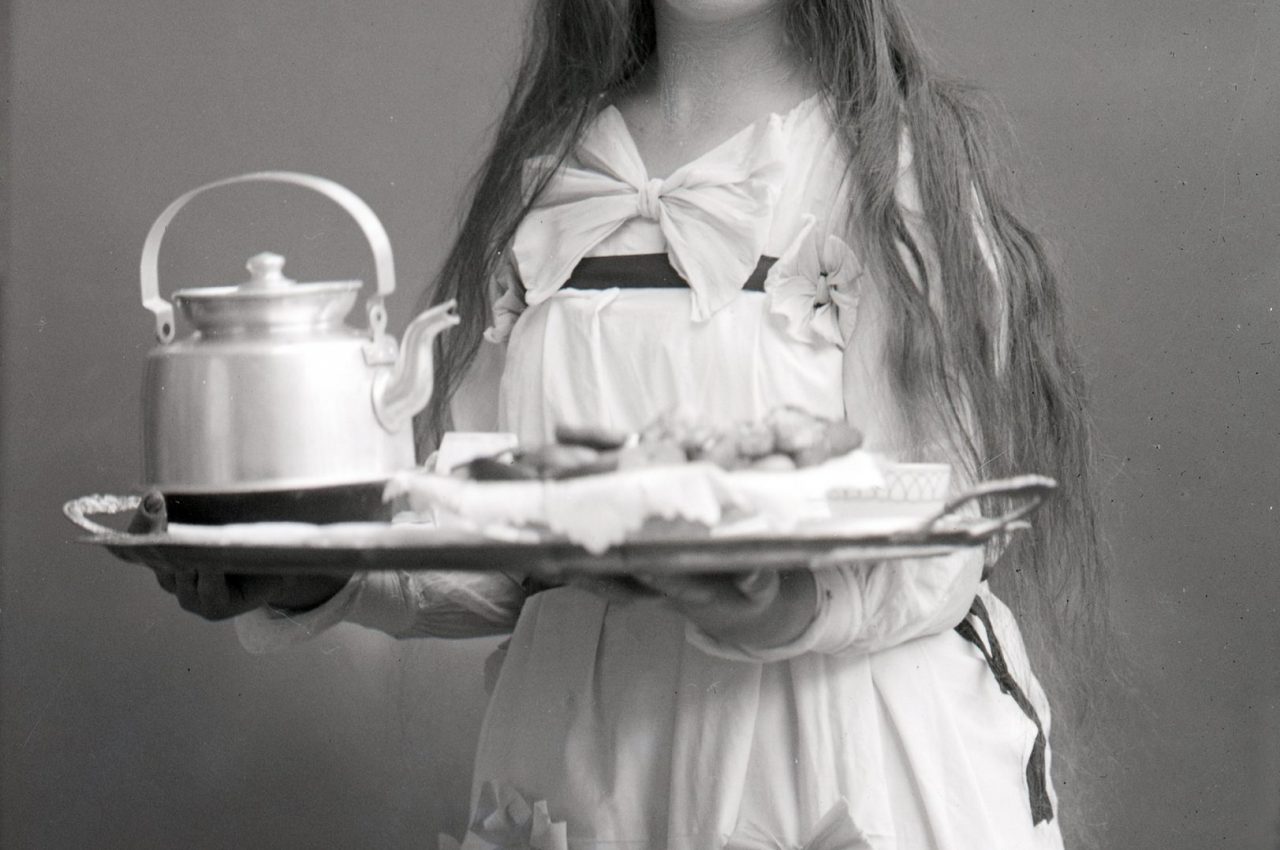 Lucia in memory of saint Lucy

Swedes celebrate Luciadagen, St Lucy’s Day, on 13 December. You have probably heard of it before, but what is it?

It is an event in memory of the catholic saint Lucy, Lucia. Originally, St Lucy’s Day fell on winter solstice. This was when Sweden followed the Julian calendar. Sweden shifted to the Gregorian calendar in 1753 [1].

Lucia in the late nineteenth century

This description of the Lucia celebration is from the 19th century. It is from the encyclopedia Nordisk familjebok. The excerpt was published in 1886.

“On this day is still celebrated in many towns and country towns in western and southern Sweden one from the catholic time remaining festivity in honor of Lucia. At 3 or 4 am in the dark winter morning, everyone in the house is woken up by a girl dressed in white, who on her head wears a wreath of burning candles, and one is treated in bed with the gifts (coffee or beer and vodka), that she brings on a tray. Thereafter people get dressed and spend the early morning eating and drinking, where a glögg tends to not be missing. In former days it was not unusual to on this night go on årsgång to determine what the coming year may carry in its womb. Some student nations [regional student organizations] at the Swedish universities still celebrate “lussedagen” with dressing up and early drinking bouts. It is unclear what the white dressed maid’s candle wreath originally referred to; it has been assumed to be an image either of the bonfire, that was lit around the virgin, or of her martyr halo [2].”

Lucia was a Catholic tradition

The text above was written 300 years after Sweden was Catholic. It is no wonder that it describes the celebration as an old, languishing tradition. Catholics celebrate saints, but Sweden was Lutheran and Lutherans don’t have saints. Sweden had been Catholic until 1593. Soon after, the ties to the Catholic church were firmly cut. In 1617, Catholicism was forbidden. Foreign Catholics were allowed in the country again from 1781. Swedish citizens could be Catholic without risking persecution only as late as 1873 [3].

In our times Lucia is largely a symbol of Sweden and Swedes abroad. It is now even celebrated in some of the neighboring countries. Yet, the nineteenth century encyclopedia describes it as a tradition in western and southern Sweden.

From the beginning, St Lucy’s Day was a minor event in Swedish churches. But it had more significance (semiduplex) in western Sweden. This was written in a document from the 1470s in Skara stift in Västergötland. And western Sweden is where the celebrations originated. Lund Cathedral in southern Sweden has probably had relics of St Lucy. Lena Kättström Höök mentions this in Lucia i nytt ljus, published by the Nordic Museum in Stockholm.

The first official Lucia celebration was in 1892. It took place at the museum Skansen in Stockholm, where Lucia was largely unknown at the time, with the purpose to show a regional tradition. This Lucia wore a white gown with a red ribbon around her waist. She had candles in her hair and handed out drinks. In the 1920s, Lucia at Skansen was in the company of singing women dressed in white, much like in the modern day [4].

Today Lucia celebrations, luciatåg, are performed in schools and churches, mainly by children. Sometimes it is done as concerts by adult choirs. They may bring gingerbread and the saffron flavored buns lussekatter.

Lucia is now celebrated in all parts of the country. Here’s an example of a classic contemporary luciatåg. Bring out the gingerbread cookies, light a candle and enjoy!