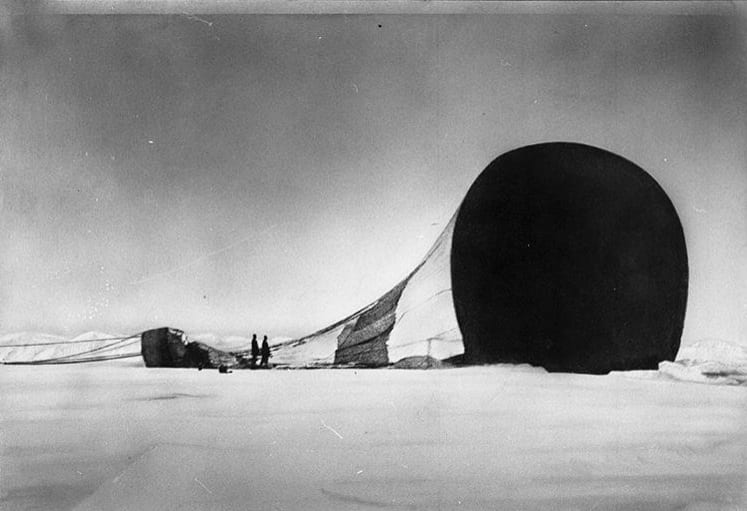 Congratulations to Norway! May 17 is the Norwegian Constitution Day.

S. A. Andrée’s Arctic Balloon Expedition of 1897 tried to reach the North Pole with a gas balloon. The expedition left in July 1897 from Svalbard north of Norway.

They planned to fly over the North Pole and land in Russia or Canada, but never arrived. Their destiny was unknown until the group was found on an island in Svalbard in 1930. The picture was developed the same year.

Fire Pits
In bloom in Gränna