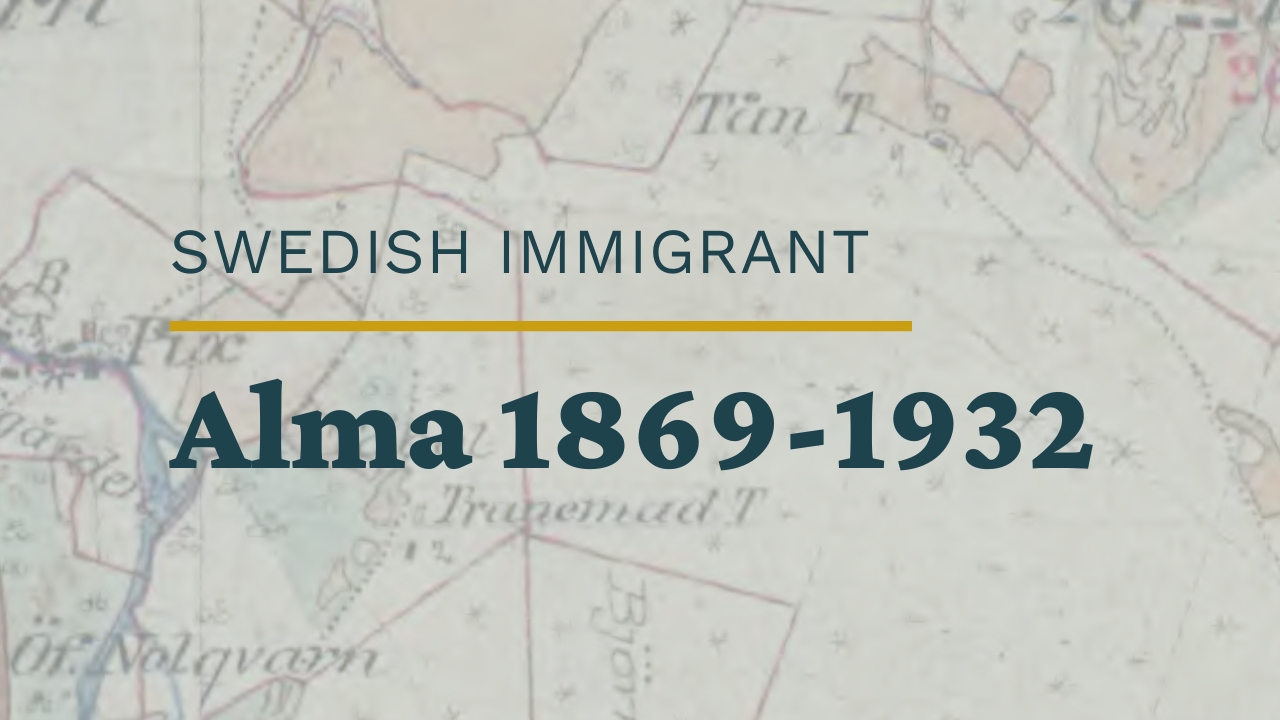 Hej! I’m going to tell you about Alma. Alma spent most of her adult life in Manchester, New Hampshire. She died in 1932 and as far as I can tell she led a quite ordinary life and that’s what makes her interesting.

I’m Annika of Find a Swede and I’m a Swedish genealogist.

Now Alma first came to Manchester, New Hampshire in 1895. She then returned home to Sweden for a few years before coming back to the US in 1904. At this point she has she’s listed in the passenger list as a servant and her brother is listed as her contact.

Alma then became a servant for a lady. They lived together, just the two of them in 1910 in the census. And in 1912 we see that Alma returns to Sweden just for vacation, a short stop, and in 1925 she has cancer.

In 1931 she makes her last trip to Sweden. She probably knows that’s the case because she dies just six months later of cancer.

Let’s go back to the start of her life. Alma was born in the south of Sweden in 1869. She was born on this small farm, barely even a farm, but they had a farmhand to handle the farming so that was going on to some extent, and they had a maid. But Alma’s father was actually a carpenter, so that was the main income.

He had been married before. He had a daughter who was 15 when Alma was born. Her mother had died and the farm they lived on actually came from her family. So Alma was born in 1869.

She had her twin sister and the brother mentioned before. She obviously also had a mother, but actually her father was not in the picture when she was born. He died just two weeks before.

And this was unexpected. According to the death record this was a sudden death, probably a stroke.

Because the farm they lived on belonged to his previous wife’s family it was now inherited by his oldest daughter. She was 15 and owned this property. The family still stayed together for another two years. The daughter, the oldest daughter, was actually old enough to have a job at this point at 15. But they stayed together for two years before the oldest girl moved out and became a maid. She would then rent out the property before living there for a few years and selling it. But the rest of the family became paupers, or rather the mother is listed as a pauper, and they lived in a cottage with another family. And they stayed there for about 11 years before moving to another cottage. At this point Alma and her twin sister are 14. Now, nearly 10 years later Alma’s sister is married and eventually the whole family moves into their new farm, quite close actually to where they were born.

And this is in 1894. A year later Alma and her brother decide to emigrate. They travel together with a young man from the region and also a young woman from the US. She has previously lived in the same area and this is probably why they ended up in New Hampshire, which wasn’t common for Swedes at that time. Alma grew up in an agricultural society.

When the father died, the mother became a pauper. The fate of Alma and her twin sister, it was very much decided by getting married or not. And for Alma it was probably the best chance of having a stable life. It was probably to emigrate, at least in 1895. Perhaps she could have had a comfortable life even in Sweden in 1904 as a single woman, but maybe not. There was some reason for her to returning to the US.

So I hope that brings some light to your own family history, maybe explain some things that you have seen in your own research. Hej då!

Annika is a Swedish genealogist and the owner of Find a Swede. The goal of this site is to share the little things from Sweden that make sense of your research. Always backed up with data.

Family is a story… 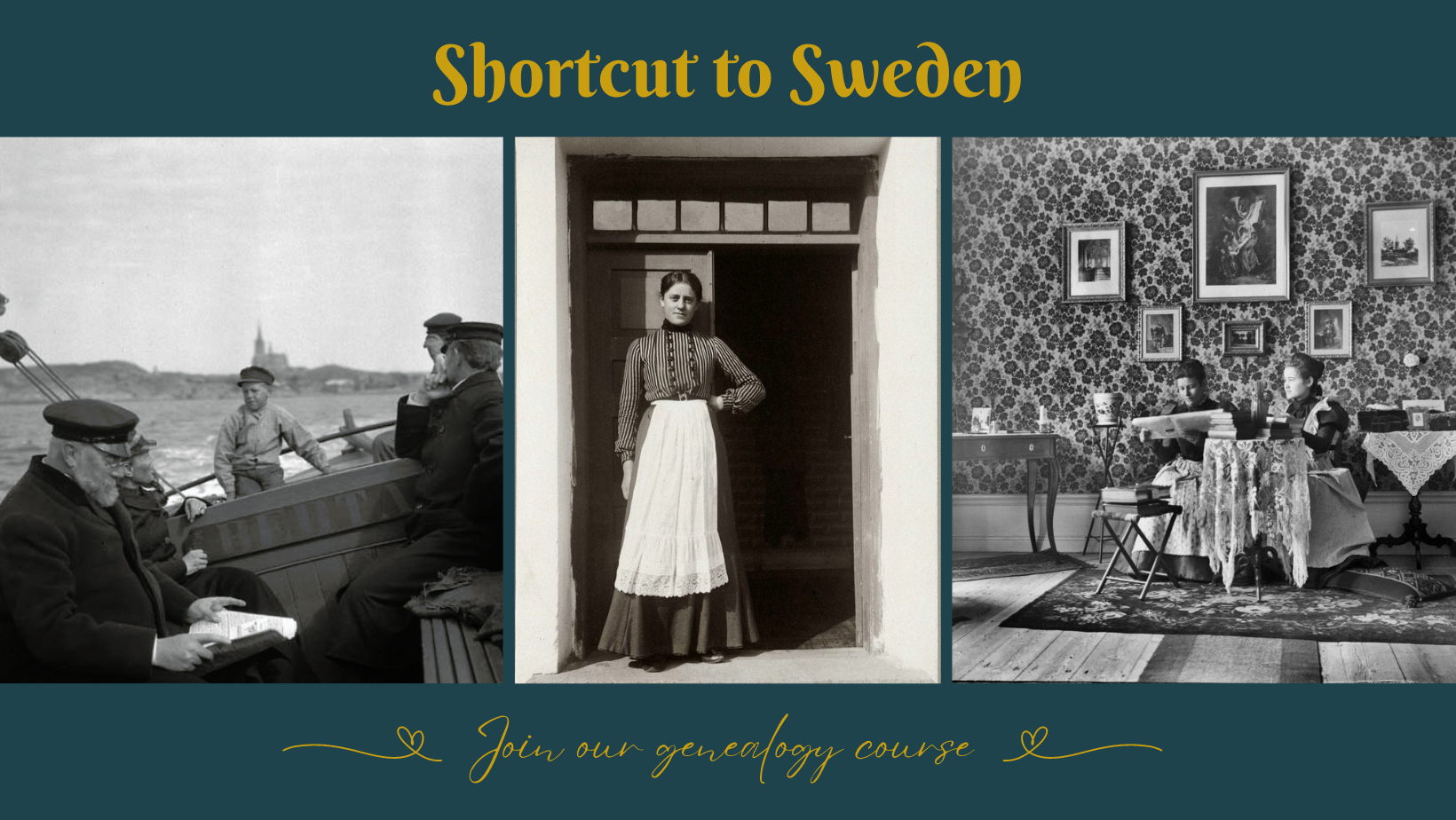