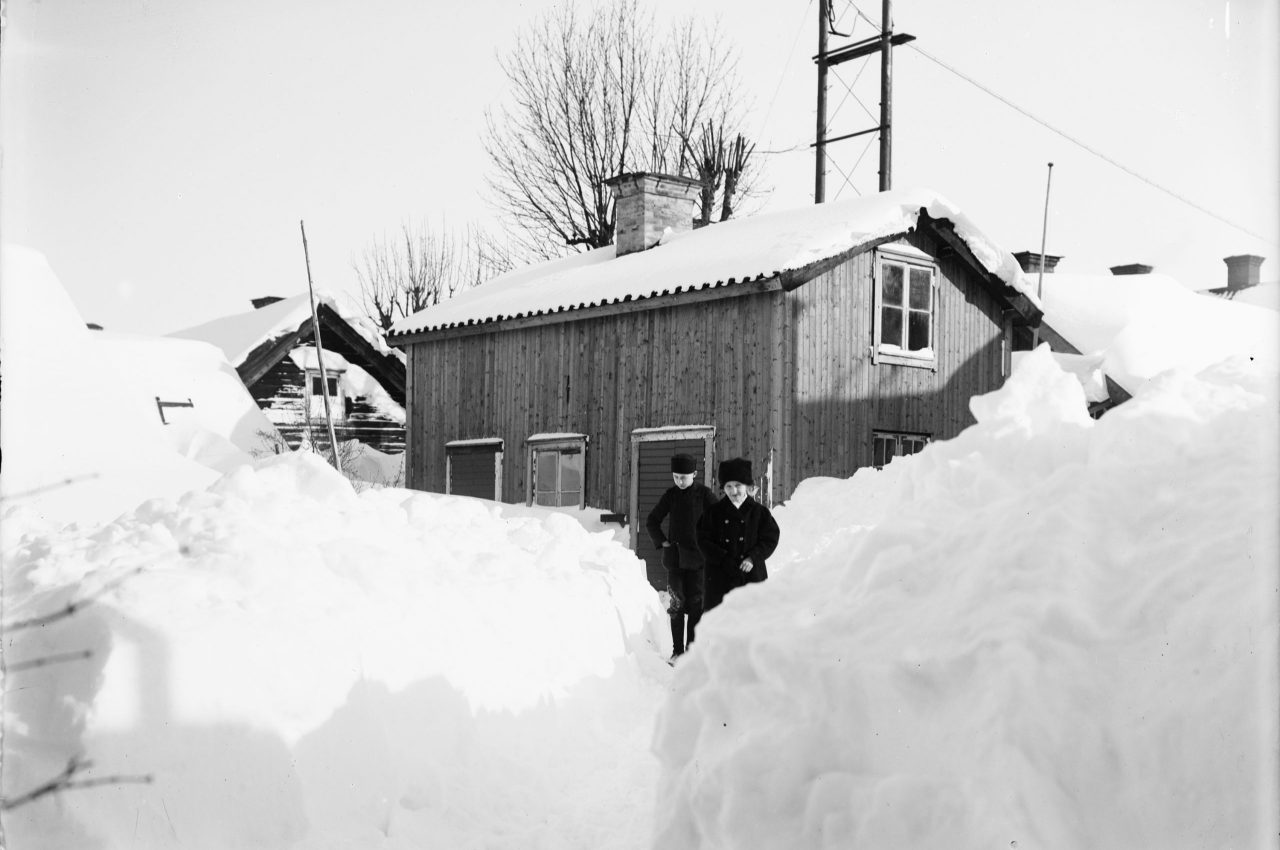 Don’t count on a white Christmas in Sweden

Did you know that only 15% of Swedes can count on a white Christmas? I grew up with the risk of snow between October and May, so this was a surprise to me. My childhood winters in central Sweden looked like in the photo above from Uppland in 1908.

The weather has changed in the last few hundred years. So has the population. And of most of Sweden gets some snow in the winter.

But this should give you an idea of the weather your ancestor had.

Where Scandinavian winters stands out is the darkness.

As I write this, it’s one month to winter solstice in the northern hemisphere. Many of us are counting the days before the sun returns. In Sweden, even more so. It’s believed that Saint Lucy’s Day started this way. As a celebration of the bringer of light in the middle of the dark Swedish winters.

This map shows how far north Sweden is. When moved to the west and placed over Canada, it’s on the same latitudes as Alaska.

At Sweden’s northern most point, the sun is below the horizon between 1 December and 10 January [3][4]. In the south, the shortest day is 7 hours. At midwinter, the sun turns at just over 10° above the horizon [5][6][7]. That means the sun barely reaches the tree tops. So the winters are dark both in the north and the south of Sweden.

The short days and the dim light can make you feel a bit sluggish. What was more important in rural Sweden, was that it’s not enough light to grow plants. After September equinox, the day quickly gets shorter. That makes the growing season much shorter here than elsewhere.

So growing food was difficult for Swedes and their neighbors, in a time when most had to be self-sufficient.

Many places around the world the same harsh climate as Sweden. But one thing sets the Scandinavian winters apart: the lack of light.

Why every other Swede was poor in 1850