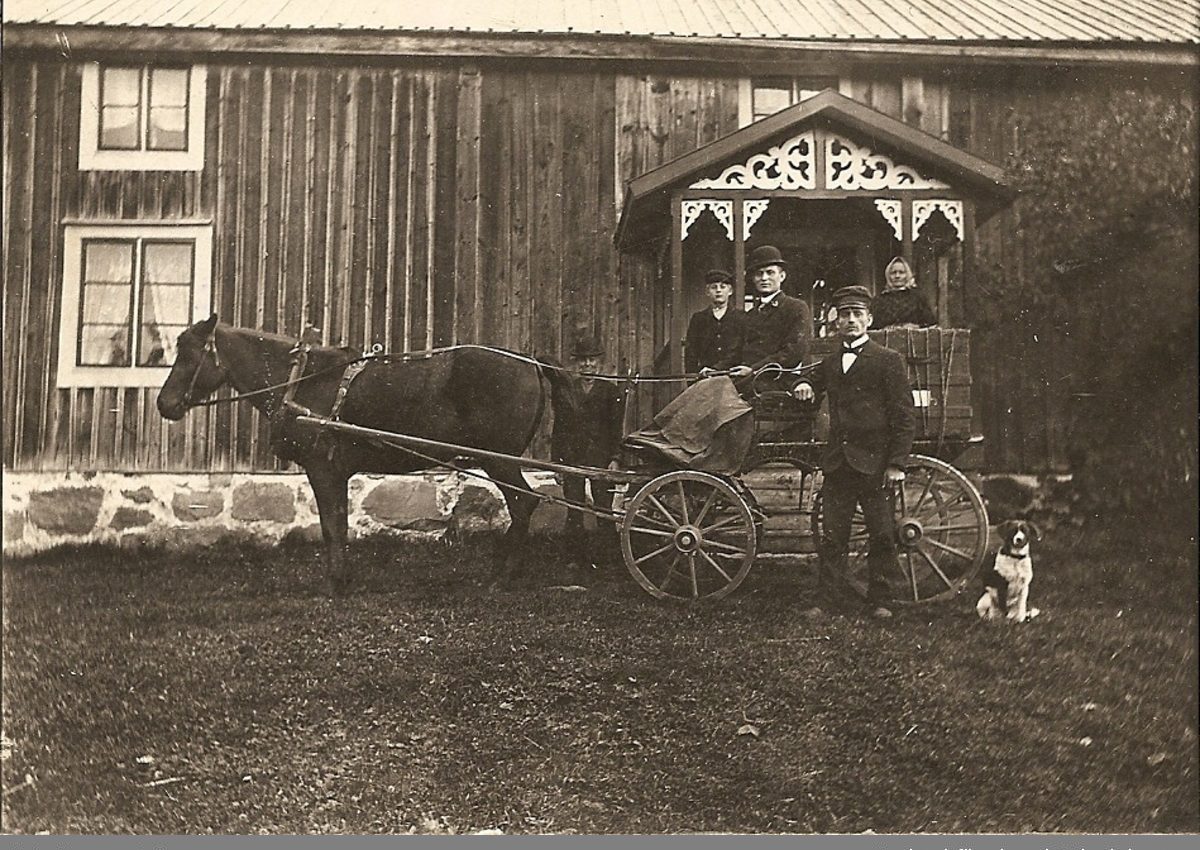 What are the moving in and moving out records?

The moving in and moving out records, Inlfyttningslängd and Utflyttningslängd, list everyone that moved in or out of a parish.

However, it only has those who moved between parishes. If you moved houses within the same village it was only noted in the household records.

Often you will find both the moving in and moving out records in the same book. The people moving in are on one side of the spread. On the other side are those who left.

Below is a page from the moving in and moving out records in Glömminge Parish, Kalmar County, 1861-1884. Use this link to access the record and zoom.

In this example, the moving in records are on the left, labeled De inflyttades namn, stånd, embete, yrke. It translates to “Name, position, office, occupation of the person moving in.”

Similarly, the moving out records to the right, labeled De utflyttades namn, stånd, embete, yrke, has the same data for the people moving out of the parish.

What’s in the Swedish moving records

The moving records usually have the names of everyone that moved. But it happens that only the head of the household has their name in the record. At the very least, you will find the number of people moving. Each person is in the columns for the sexes, Mankön (male) or Qvinkön (female).

For example, the number 16 on the left has a whole family listed, consisting of three males and two females.

The records usually mention the parish the person had left or where they where moving. In this example they are in the columns Ort. This is a general word for a place such as a village or city.

The local adress is usually listed. It can be by the name of the settlement, or the page number in the household record. The column in this book is Ställe, which is another word for a place or settlement.

This is where it can get tricky! There was something called a modersförsamling, which literary means mother parish. This was the head parish organizing several assemblies. Because of this, these parishes were not always kept apart.

So it’s easy to get lost in the moving records. What you’re looking for might be in a neighboring parish. Phew!

How to use these records

You rarely need the moving records as evidence of an event. But they can be useful.

First of all, they will give you the address of their home in that particular parish. This is useful whether you want to know where they moved to or from. It means you don’t have to search the entire household record when someone moved.

An even better benfit, is when you’re not quite sure of in which parish your ancestor lived. Without the moving records, you’d have to read the household records of several parishes.

But, in my experience, the moving records were the least well kept.

Not everyone is in these records. This can be good to keep in mind. Don’t rule out a parish, just because you don’t find your ancestor in the moving records.

In conclusion, you can often do fine without the the moving in and moving out records. They are a bit unrelaible. But they are a great tool to have when you’re searching for those ancestors that moved a lot.

The Nordic countries vs Scandinavia
The Swedish newspaper archive for genealogists