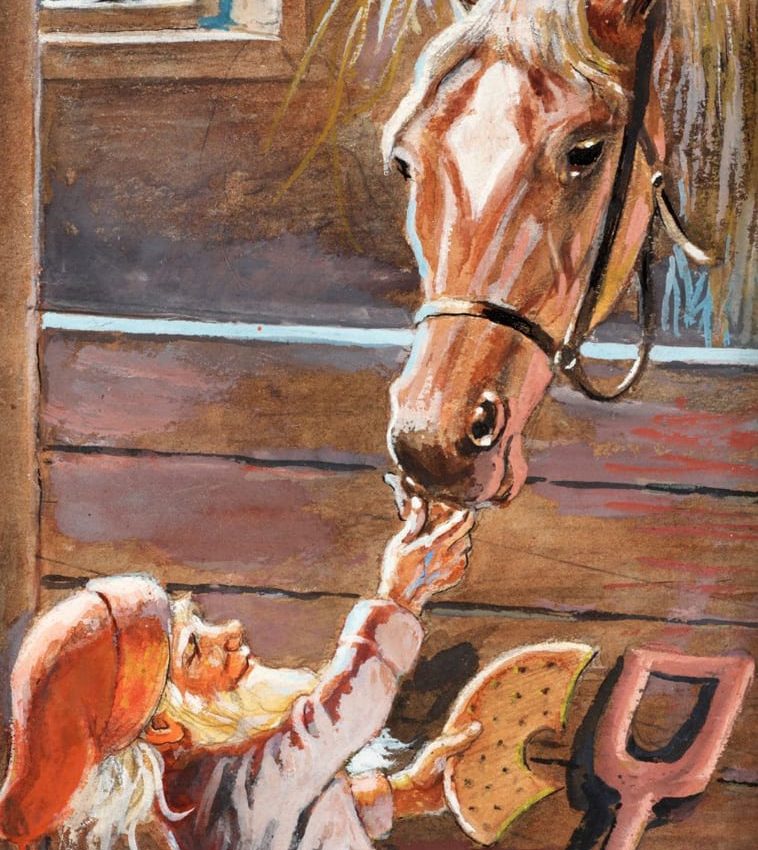 The Swedish tomte is a small creature that lived on the farms along with our Scandinavian ancestors.

The word tomte comes from the word tomt, the plot of land around a house. Other names for the same little guy is tomtenisse, tomtegubbe, gårdstomte, hustomte, or nisse.

This tomte is different from the jultomte, which is Swedish for Santa Claus. Though some say Santa has elements of the tomte. They dress a little similar. The tomte wears a red top hat, a gray coat and grey breeches. He is always male and short.

The Swedish tomte is good if you are

The tomte doesn’t like to be seen. He keeps to the animals in the barn. A hard worker, he will help those who are diligent. He might pull hay and grain from the neigbors to your house. But if you are lazy, he will cause trouble. If you tease him, he will ruin the good atmosphere and the prosperity of the farm. Many leave food out for the tomte and occasionally a piece of clothing, but you’d better choose clothes he likes.

There’s a reason that the tomte works so hard, according to the encyclopedia Nordisk Familjebok from 1892. The tomte is fallen. He can not say the name of Christ. His hard work is a vain attempt to reach salvation, which he can not achieve.

Few have seen a tomte recently. Swedes today use the word to describe anyone who works hard without making a fuss about themselves. Less flattering, it can be used for someone who’s not quite there.

But it wasn’t long ago that the tomte was common. This is how Amandus Norrman in Stafsinge Parish, Faurås Hundred in Halland described the tomte in 1932:

“It was lucky to have the tomte living at the farm, but you could not disagree with him. If you were kind to the cattle, you thereby became good friends with the tomte. Only those who had succumbed to shame attracted the tomte.”