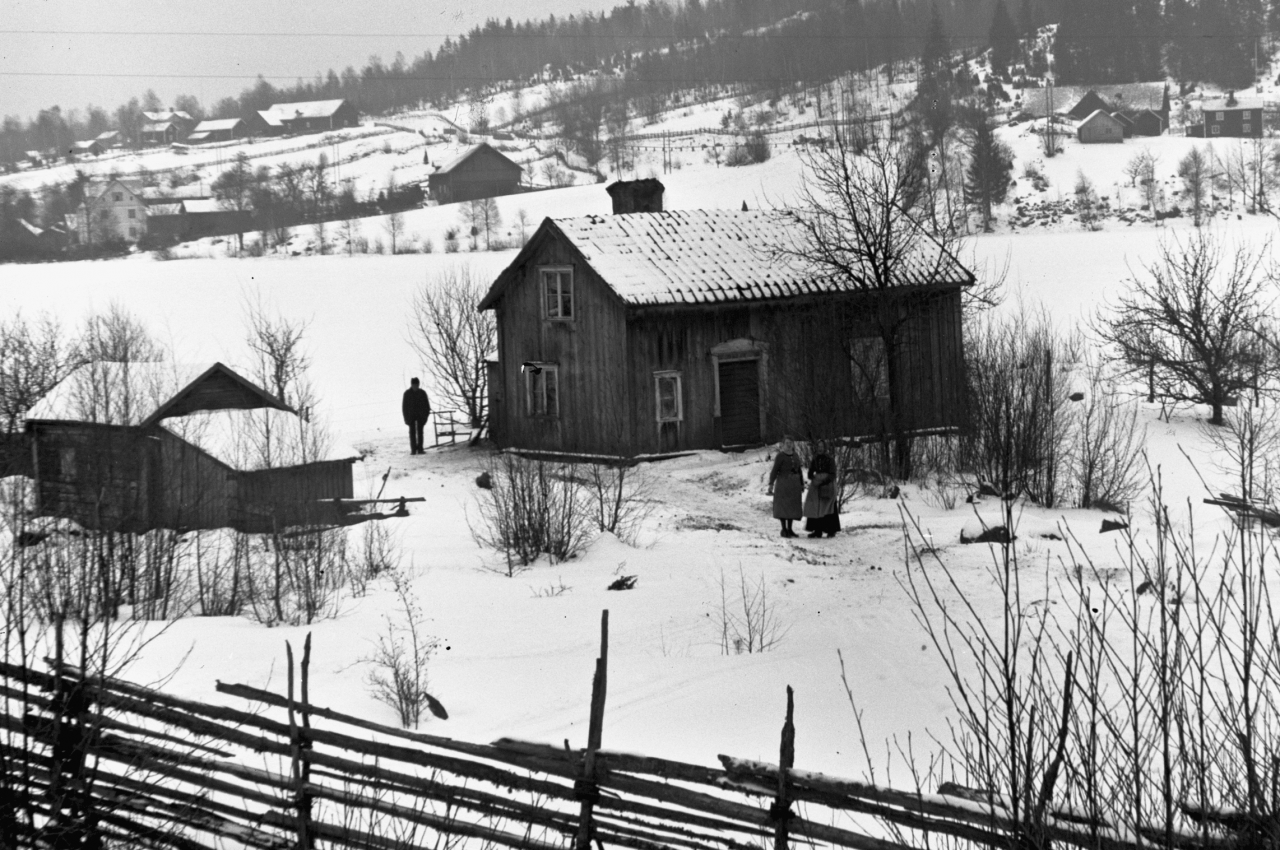 In our times, when Sweden has been among the top in various global rankings for half a century, it may seem odd that so many Swedes emigrated to America in the 19th century. For instance, in 2017 Sweden was number 8 on the OECD Better Life Index, while the US was number 10 [1].

Why would someone travel across the globe to settle down, with the risk of never coming back? What would have been an adventure today was something different 140 years ago. Before the internet and transatlantic flights to help you stay in contact with the life you left.

The definite reason for the Swedish emigration is disputed. The question is whether it was the pull of primarily America or the push of Sweden’s conditions. Let’s look at both sides.

The argument for the pull effect is that America needed people when the American Civil War ended in 1865. That was when the country went from agrarian to an industrial superpower. Artur Attman, professor in economic history at the University of Gothenburg, described it in 1976. He argued for why Sweden was susceptible to the pull from America.

1. Sweden was a long time partner of the US when the US grew.

Sweden was the first neutral country to recognize the US. The countries concluded friendship and trade treaties in 1783. At the time England was the main export market for Sweden, with iron being the most important goods. But the steel industry was improved in England and the Swedish export of iron stopped.

With the new deals, Swedish iron was still sent to England but continued to the US. This was the same journey that the migrants would eventually make.

At the beginning of the 19th century the Napoleonic Wars (1803-1815) were fought in Europe. American ships brought colonial goods to the continent and needed something to bring back. This made the iron export to the US even more important for Sweden.

And so when the Civil War ended, the lines were open for Swedes to emigrate to the US. The Swedish American emigration took off in 1865 [2].

The inquiry on Swedish emigration – Emigrationsutredningen – was carried out between 1907 and 1913. It was done by statistician Gustav Sundbärg.

The inquiry laid out the push effect. Gustav Söderbärg argued that for the local societies, it didn’t matter where people moved. It was the young and productive who left. That was a problem whether they moved abroad or within the country. The population statistics in the inquiry showed that:

2. The net migration in the Swedish countryside was negative while the population grew in the whole country.

In the conclusion Gustav Sundbärg points out that the reason for the emigration varied across the country and over time. Out of the many personal stories icluded in the inquiry, he selected three typical examples.

The first anecdote is about Olof Andersson in Humslid, Jösse Parish, Värmland County. He was a farmer involved in the temperance movement in the 1850s and was described as “ahead of his time”.

Olof Andersson became a member of the parliament, but left the assignment early. He wanted to focus on fighting the intemperance. This led him to eventually be in conflict with the whole society, including the priesthood. The thought of moving to America became more alluring. In the fall of 1855 Olof Andersson traveled to America to investigate the conditions. When he came back the next summer, he praised the level of temperance and morality in America. He was a wealthy man, but said that he couldn’t see to it that his seven children would grow up to be good people.

In 1858 Olof Andersson left Värmland with his wife and children and the young son of a local farmer. The memory of the ten emigrants lived on for decades in the area. Olof was 45 years old when he emigrated and died at 52 along with a son, but his wife and other children survived and lived well.

In the words of Gustav Söderbärg, Olof Andersson was a pioneer among emigrants. Gustav Söderbärg described Sweden of the time as pledged by lethargy. America on the other hand was still characterized by religion, austerity, and the faith that anything was possible.

The late 1860s was rough in Sweden with several years of crop failure. It coincided with one of the peaks of Swedish emigration.

This is an anonymous story. The emigrant’s father owned a small farm in Kronoberg County, Småland. The father went bankrupt, either in the spring of 1867 or 1868. The family moved into a small house on the property while the father traveled to Denmark to work for a few months. Meanwhile German agents recruited the emigrant’s brother and only sibling after his confirmation.

After the father returned, he made a deal with a farmer to set up a croft and build a house on his property. The rent was 30 riksdaler a year. But the fields were full of stone and hard to cultivate. It was not enough to feed the family. One day in the spring of 1870, the emigrant and his father was at an uncle to help him cover the barn. The father asked the uncle to help him get to America. The uncle objected that he didn’t have any money. But the father only needed bail, to which the uncle agreed. Soon thereafter the informant and his father were on their way to America.

The last anecdote shows that later on emigrating to America was less pressing and more of a good opportunity. Helge Nelson, from Öland, Kalmar County, described it.

“The newspaper Barometern 17 March 1909 contained this notice: ‘The America fever has yet again reached northern Öland and 21 persons began their journey last Saturday. This group of emigrants will be followed by others.’ It may be added that this group of young men and women was led by a couple of returning Swedish Americans. When travelling along the Öland roads down to the Färjestaden harbor, it happened to the tones of Hiawatha with jokes and glam. The longed for journey had become reality.”

Finally, Gustav Söderbärg concluded that the level of emigration suggested that Sweden was in need of reforms. Swedish society needed improvement in many areas. It came down to both societal factors and trade and industry. The main economic factor at the beginning of the 1900s was the state of agriculture [4].

Gustav Söderbärg finished Emigrationsutredningen in 1913. When the WW1 broke out a year later, the Swedish emigration slowed down and eventually came to a halt.

When Alma Kjellander immigrated to the US from Sweden
Swedish newspapers