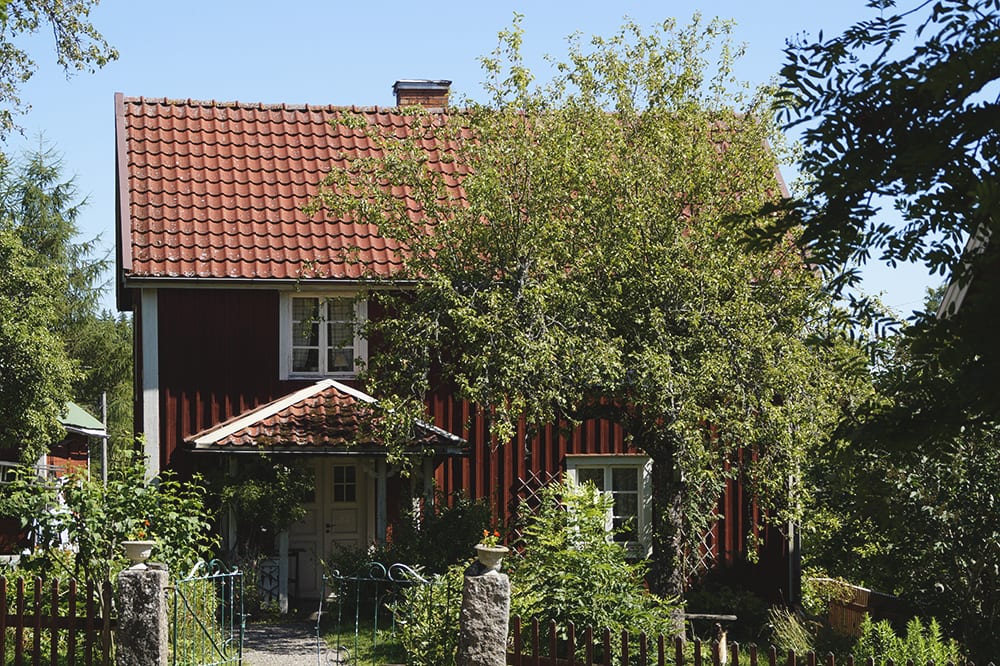 One out of five Swedish emigrants came from Småland. It’s a province (landskap) in the south of Sweden. Many know Småland as the birth location of their ancestor and don’t have any other clues. So let’s have a look at Småland!

The Smålander – clever or greedy?

“By nature, the Smålander is alert and intelligent, diligent and tough, quick and fast, but nevertheless docile, handy and, if clever, yet manageable, which all brings him the benefit that he even with small means can progress in life.”

To this day Swedes sometimes jokingly refer to the Smålander with a pun to say that they are greedy. (Smålänning – Smålander compared with Snålänning from snål – greedy.)

The harsh living conditions of old Småland may explain the economic mind of the Smålander.

Småland sits on the east coast of southern Sweden. The encyclopedia Nordisk Familjebok 1891 described the province at the time. The area of was 30,579 km2 (11,807 sq mi), with 8% water. It makes it a little smaller than the US state of Maryland.

The western and southwestern parts of the province consisted of large bogs. The inland was a highland, reaching up to over 300 m (1,020 ft).

While it might not sound like a high altitude, it makes the climate harsh. The Småland climate is equal to places much further north. It’s comparable to the inland of southern Norrland, north of Stockholm.

In 1891, one tenth of the area of Småland was cultivated land. Nordisk Familjebok described the soil as lean, except for at the coast. The inland had to import rye, but the coastal region produced a surplus of grains.

The natural meadows took up slightly more than the cultivated land. And the cattle stock is mentioned as being large.

“Only” just over a quarter of the land was forests. It was not enough to sustain the population. The exceptions were at the coast and in some locations inland with access to peat. (Presumably to use as fuel.)

The hardship in Småland in the late 19th century is perhaps best captured by the following quote.

“While the population growth has been around 53% in the previous 50 years, it has only been 30% in Småland, and during the last 10 years the province has suffered a reduction of over 20,000 people.”

The three counties of Småland

Three counties make up Småland. They are most of Jönköping County, Kronoberg County and Kalmar County – except the island Öland in the Baltic Sea.

If you haven’t heard of the counties before, it might help to look at the statistics.

Between 1851 and 1880, Jönköping County had the most emigrants of the three counties. Kalmar County caught up in the 1880s and surpassed for the rest of the period until 1908.

During the whole emigration era, both Jönköping and Kalmar Counties had around 66,000 emigrants each. Circa 48,000 emigrants came from Kronoberg County [1].

It helps to know the county when you research your ancestors in Sweden. So hopefully you just came one step closer to finding them.

The name Småland means de små landen – ”the small countries”. The name can be traced to the 13th century [2].

These are some names that you may have heard in connection to your Smålander ancestor. Värend (Allbo, Kinnevalds, Norrvidinge, Uppvidinge, and Konga Hundreds), Finnveden (Vestbo, Östbo, and Sunnerbo Hundreds), and Njudung (Västra, and Östra Hundreds). From Jönköping County are also the hundreds Tveta, Vista, Norra Vedbo, Södra Vedbo, and Mo.

If you recognize any of these names, you just came yet another step closer to your Swedish ancestors. 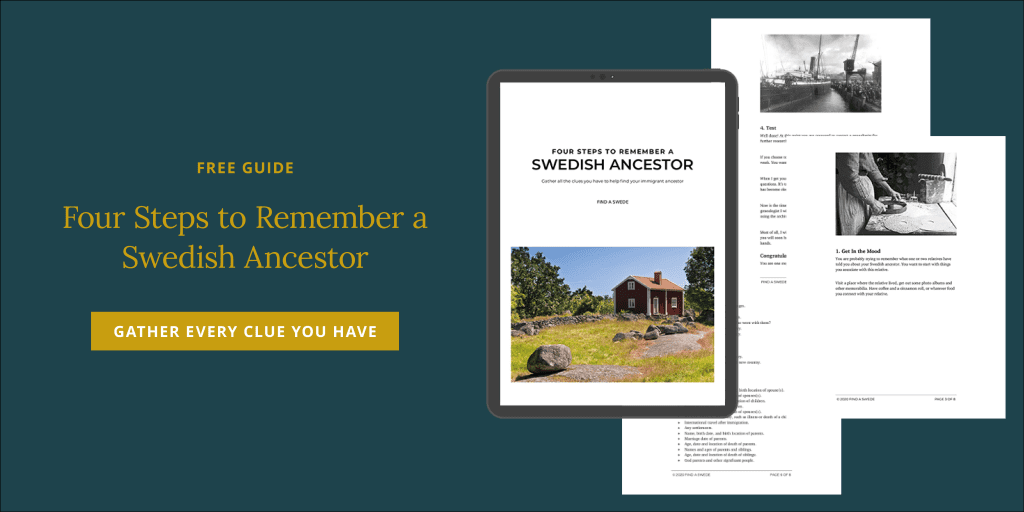