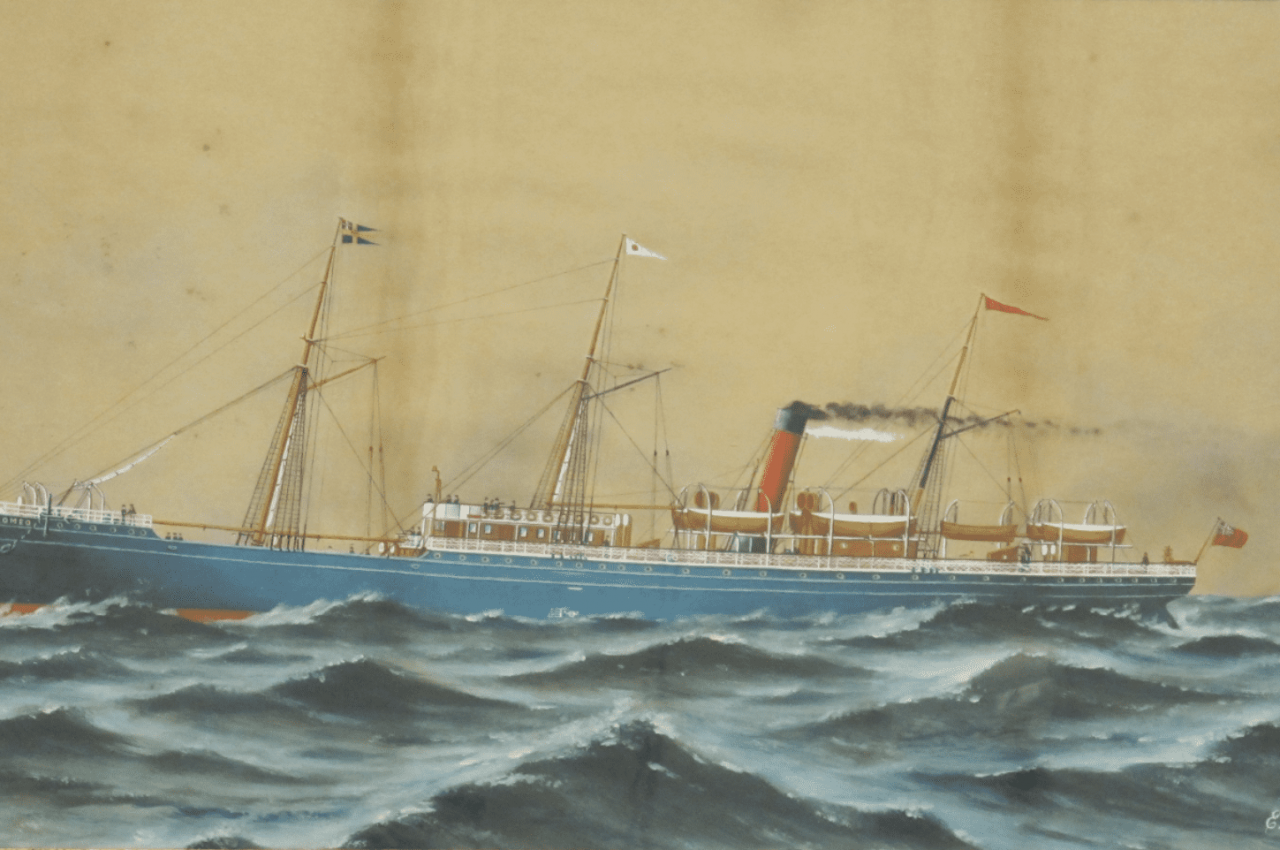 Alma Kjellander and her family

On 11 October 1895, Alma Kjellander set off on a journey to emigrate from Sweden to America.

Alma Kjellander lived on Storegården (The big farm), Äspered Parish, Älvsborg County in the south of Sweden. The rest of the household was:

Why are there different last names in the same Swedish family?

When Alma Kjellander emigrated, she and her twin sister were 26 years old. Oscar Lönnqvist was 29. Their father Oscar Kjellander had died 13 days before the birth of the twin girls. At the time the family and the father’s oldest daughter lived on a farm near Storegården. Three years later the family started moving. Sometimes staying in crofts, sometimes in places that can’t be entirely identified.

Anna Kjellander and Gustaf Anders were married in October 1892 and the whole family moved to Storegården in November 1893.

Judging by the police records of emigrants, Alma Kjellander traveled with three others. It was her brother Oscar Lönnqvist, Sven Åsberg from nearby parish Härna, and Betty Andersson from America.

I have not found any traces of Alma’s and Oscar’s journey from their home to the ports in Gothenburg. But the group of four likely took the train from Borås 20 kilometers from Alma’s and Oscar’s home. From Borås they had two alternatives. One was via Herrljunga, a train ride of 128 kilometers. The other was the direct railway, at 72 kilometers, that had been inaugurated in December the year before.

The best time to emigrate from Sweden to America

Mid October was late in the year to cross the ocean. The guidebook Utvandrarens tolk (The Emigrant’s interpreter), 1882, recommends travelling to the northern states between March and October. The author C.G. Jungberg argues that not even the route via New Orleans and Mississippi was worth it in the fall and winter. It was dangerous and expensive and in any case, the northern Mississppi could freeze.

The city that met the travelers in October 1895 was rainy and cold. It rained in Gothenburg for 13 days straight from 30 September 1895. (This is common, says this seasoned Gothenburger. Watch out for the horizontal rain in the fall.)

Migrants arrived in Gothenburg some days in advance to prepare for the journey. Once at the train station in Gothenburg, they were only 800 meters and one street away from the harbor. The name of the street, Sillgatan (Herring Street), was changed to Postgatan (Post Street) in 1895. It was a street for lodgings and buying equipment for the journey. At the very end was the custom house, where emigrants were obliged to report.

Download a four step guide to remember every clue you have about your Swedish ancestor.

Alma Kjellander is listed in the police records for emigrants onboard Romeo on Friday 11 October 1895. It looks in the records as if she were in the company of three friends. They are listed after each other. They are also the only ones with the destination Manchester, New Hampshire [2]. So it is likely that they traveled as a group.

Some Swedish parishes were annexes to other parishes. Äspered Parish was one of them, with Rångedala Parish as the head parish. A document from their home parish might just as well have the name Rångedala Parish on it.

The first stretch of the journey to America was advertised on Monday the same week. The ship left Gothenburg, Sweden, for Hull, England, at 1 pm. The clipping is from the local newspaper Göteborgs Handels- och Sjöfartstidning:

Alma and her companions departed from Sweden on RMS Romeo on Friday 11 October 1895. Sixteen days later they would arrive in Boston, Massachusetts [4].

The next blog post goes into the Alma Kjellander’s journey from England to the US and the traces she left in the records. You can read it here.